The international community has made several landmark global commitments related to gender-based violence (GBV). These are important reference points not only for policy analysis and advocacy, but also for program design.

In 2015, the international community adopted a set of Sustainable Development Goals (to succeed the Millennium Development Goals) that articulated ambitious goals to be achieved by 2030. Under Goal 5, which focuses on “achiev[ing] gender equality and empower[ing] all women and girls,” there are three specific targets that relate to GBV, and can serve as important benchmarks for accountability. Each country is encouraged to produce a voluntary national review (VNR) annually to share progress against the SDGs at the national and sub-national level.
This is an opportunity for civil society engagement and advocacy.

Also relevant to GBV are commitments related to governance and peace (goal 16):

Convention on the Elimination of All Forms of Discrimination against Women

The Convention on the Elimination of All Forms of Discrimination against Women, general recommendation 19 (GR 19) adopted in 1992, clarifies that GBV against women is covered by the scope of CEDAW. This is defined as “violence that is directed against a woman because she is a woman or that affects women disproportionately.” GR 19 requests States parties to include the following in their periodic reports to the Committee on the Elimination of Discrimination Against Women (CEDAW): statistical data on the incidence of violence against women; information on the provision of services for survivors; and legislative and other measures taken to protect women against violence in their everyday lives, including against harassment at the workplace, abuse in the family and sexual violence. 189 countries have ratified CEDAW, and these governments are obliged to submit regular reports to a committee of independent experts who monitor how the rights of the Convention are implemented. The CEDAW committee also accepts shadow reports from civil society organizations, which they use to evaluate government actions and commitments under the convention. Because the Convention is primarily enforced through a reporting system, the shadow reporting mechanism is an important way to ensure government accountability on CEDAW commitments.

Declaration on the Elimination of Violence against Women

The Declaration on the Elimination of Violence against Women adopted by the UN General Assembly in 1993 calls on states to “condemn violence against women and… not invoke any custom, tradition or religious consideration to avoid their obligations with respect to its elimination.” Article 4 of this declaration specifies various policy measures that can be a useful reference point for advocacy with national governments.

Security Council Resolution 1325 (on women, peace and security) was adopted in 2000 and calls on “all parties to conflict to take special measures to protect women and girls from gender-based violence, particularly rape and other forms of sexual abuse, in situations of armed conflict.” The resolution focuses not only on protecting women and girls in times when they are especially vulnerable, but also on increasing the participation of women in issues of peace and security as active agents in helping their families and communities cope and recover in crisis.

Security Council Resolution 1820 was adopted in 2008 and condemns the use of sexual violence as a tool of war, and declares that “rape and other forms of sexual violence can constitute war crimes, crimes against humanity or a constitutive act with respect to genocide”.

In September 2013, the UN hosted the first Ministerial meeting on the rights of lesbian, gay, bisexual and transgender individuals. The meeting articulated rights and commitments in relation to gender and sexual minorities, and abuses they face, and led to the Ministerial Declaration on Ending Violence and Discrimination against Individuals Based on Sexual Orientation and Gender Identity was signed by 11 national governments.

Call to Action on Protection from GBV in Emergencies

Read the report on the “Call to Action on Protection from GBV in Emergencies”, which is a multi-stakeholder initiative involving donors, UN agencies and NGOs. Spanning 2013-2020, the call to action aims to transform the way GBV is addressed in humanitarian emergencies. 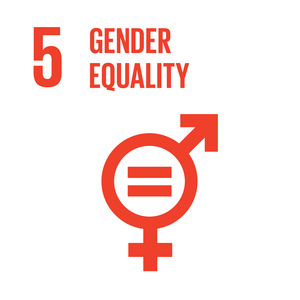 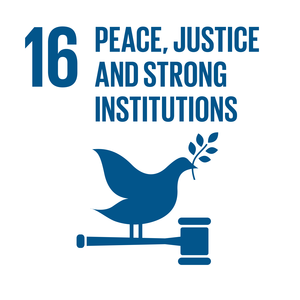